There seems to be a suggestion of tapestry design in this image of lichen photographed on a rock on St Agnes in the Isles of Scilly.  The natural pattern is recorded as found.  The only licence taken has been the removal of the texture of the granite rock to reveal the pattern more clearly..

The substance of this post was originally published a year or so ago, but the lighting of the image has been modified a little to capture something of the mystery I associate with the Old Man.

Gugh is a small island in the Isles of Scilly off the south west tip of England.  It is one km long and 0.5km wide and is joined to the larger island of St Agnes by a sand bar.  As a consequence it is accessible only at low tide.  There are just two houses on Gugh.  The island has several entrance graves, cairns and burial mounds dating from the Bronze Age.  The Old Man of Gugh is a menhir (a standing stone) 2.7metres tall and belongs to that period.

I always see in this picture a tall old man with white beard, bracing himself against the strong Atlantic winds.  At the stroke of midnight he begins his steady walk of a watchman guarding his territory, returning to his post before the first cock crow.

There is more background information in my post The Isles of Scilly.

Except for the Nag’s Head, included in yesterday’s selection, most of these rocks seem to lack any local name by way of identification.  Indeed, only two of the pictures  have appeared in any ‘gallery of images’ or literature about St Agnes that I have seen.  I find this very surprising.

In the absence of any acknowledged alternative, I have always referred to the first picture as the ‘Mysterious Feline’.  The second is a Troll-like fellow or, perhaps, a puppet.  In the third, I see a lizard (or similar creature) emerging in search of food or sensing danger.  The fourth is clearly a prehistoric tortoise!

Several months ago, I wrote about the Isles of Scilly, located almost 30 miles off the south west tip of Cornwall:
‘In addition to their natural beauty and evidence of earlier cultures  –  such as the standing stone on Gugh and various cysts and burial chambers from the Bronze Age  –  the Isles have an air of mystery about them.  Especially St Agnes.  Granite outcrops suggest strange creatures from a fantasy or mythological world  –  giant lizards, serpents, turtles, birds of prey  ………   You are never alone on St Agnes!’

I am returning to the topic.  I have since remastered the original photos in an attempt to capture a little more of the magic and mystery of the rocks. I intend to post the results today and in my next post.  All of the pictures are from St Agnes.  The background context to the images can be found at The Isles of Scilly and The Two Faces of St Agnes.

The first image was not actually used previously. It is a natural outcrop, known locally as the Nag’s Head, and seems to have been used as a standing stone in the distant past. In my wife’s novel, Narwhal, it is the focal point for a pagan ritualistic dance. 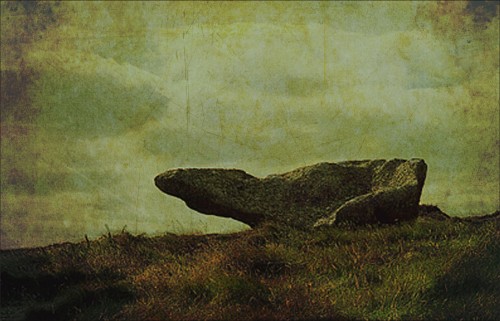 The Two Faces of St Agnes

St Agnes is one of the smallest of the five inhabited islands in the Scilly archipelago.  At its widest point it measures less than one mile and has a population of 72.

It has just one, single track road that climbs up from the quay and loops round the lighthouse at the island’s highest point before dipping down to the sea and then rejoining itself, rather in the manner of a letter P.  There are very few motorized vehicles  –  almost all of which are tractors or electric buggies.  The pace of life is dictated by the tides and the boat timetable  –  boats being the only form of transport to other islands except in cases of emergency.  There is one pub and one shop.

The silence is golden  –  punctuated more often by bird calls than by people.  The air is pure  –  direct from the Atlantic  –  the nights are starry. The landscape is natural and unspoiled.  And so one could go on  …..

But there is another face to St Agnes.  This island paradise is surrounded by treacherous seas and rocks that have claimed thousands of lives over the centuries.  Just beyond the pool pictured above is the Island’s playing field beneath which are buried many of the men who died with Sir Cloudesley Shovell in the great naval disaster of 1707.  Frequently in past centuries men from the Island have selflessly rowed out in their six oared gig to ships in danger and have navigated a safe passage.  The churchyard bears testimony to the perils of the sea.

In the bottom photo Bishop Rock lighthouse can be seen on the horizon, just beyond the Western Rocks (the graveyard of many vessels).

Beyond the cricket pitch, a preening gull
Presides over newly towered church and quiet bay,
Basking in virgin air, loving the light,
Lulled by an unctuous, silky sea.

Those steel needles will gnash, slash and maul
When the sun’s fire damps down;
Will rend bowsprit, shrouds, and men
Lured by that treacherous siren maid.

The list of wrecks in Scilly waters numbers more than 530 and in the 18th and 19th centuries there was an urgent need for improved navigational aids.  In addition to those mentioned in the previous post, several lighthouses and lightships were added, especially in the expanse of water between the Islands and the tip of Cornwall.  On a clear night, from Peninnis on St Mary’s it is possible to see the beams from nine other lights.

Of the many shipping disasters recorded by far the greatest occurred in 1707 when Admiral Sir Cloudesley Shovell and his fleet were returning to Plymouth following the failed siege of Toulon.  Having been driven off course  strong winds, navigational errors led to his ship, HMS Association, and three others crashing on to rocks just south west of where the Bishop Rock lighthouse now stands, with a loss of almost 2000 lives.  Ironically, this greatest of peacetime maritime disasters in British history happened before the advent of telecommunications or even newspapers as we now know them, and it was several days before the scale of the disaster was reported.

The Association also carried in its cargo silver and gold coins, together with cannons plundered from an earlier mission.  The site of the wreckage was eventually located in 1964 and some of the treasures were auctioned at Sotheby’s in 1969.

In recent times, in 1967, the Torrey Canyon ran aground on the Seven Stones reef, about eight miles north east of St Martin’s, loaded with 120,000 tonnes of crude oil.  The spillage of almost 31,000 gallons was washed up on the Cornish coast with devastating consequences for seabird and marine life.

Around 1840, Augustus Smith, the ‘Lord Proprietor’ of Tresco, began to assemble a collection of retrieved memorabilia, mostly figure heads from wrecked sailing ships and early steam ships.  He created  a gallery  –  appropriately called Valhalla  – in the Abbey Gardens on Tresco.  The pictures below are from the collection. 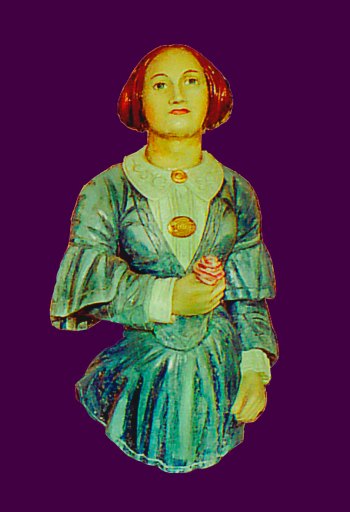 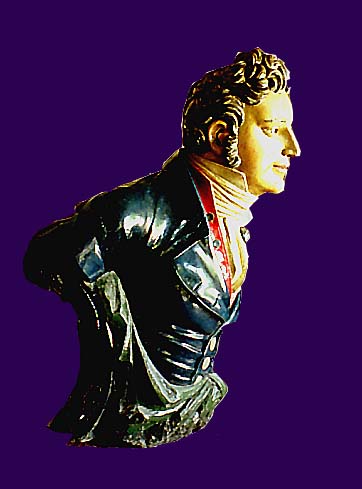 Because of the proliferation of rocks and islets the waters around the Isles of Scilly have always been hazardous to shipping, especially in the days of sailing ships when vessels were at the mercy of the winds.  Waters were less well charted and navigational aids were limited in their effectiveness.

The first lighthouse on the Islands was built on St Agnes in 1680.  It was coal fired until 1790 when it was converted to oil.  It stands 23 metres tall and is located at the highest point of the Island, some 500 metres or so inland.  It was eventually decommissioned in 1911 when the Peninnis lighthouse was built on St Mary’s.  The St Agnes now stands as a quite prominent daymark.

The daymark on St Martin’s is a distinctive feature of the landscape and is very conspicuous with its red and white bands.  It was erected in 1683  and is the earliest surviving dated beacon in the British Isles.  It is 11 metres tall and stands at the edge of Chapel Down, overlooking the north east coast of the Island.

By far the most important lighthouse is Bishop Rock.  Its importance to shipping approaching from the south west and, indeed, to those passing by on other busy routes, cannot be overestimated.  It was built with great difficulty in the treacherous seas in 1858 and reaches a height of 44 metres above the mean high water mark.  It is the second tallest lighthouse in Britain.  It was capped with a helipad in 1976 and became fully automated in 1992.  Its light flashes every 15 seconds and has a range of 20 nautical miles (37 km).

Louis' Page
Create a free website or blog at WordPress.com.