‘By a babbling brook’ 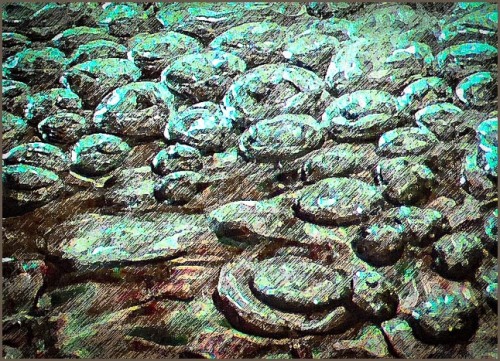 Pebbles (with a touch of watercolour filter)

Jewels of the sea 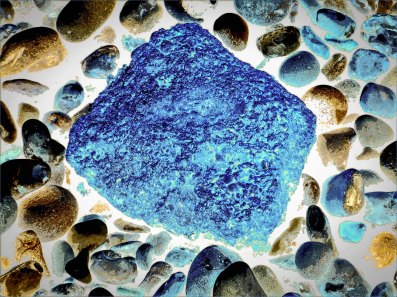 Patterns and textures on the beach 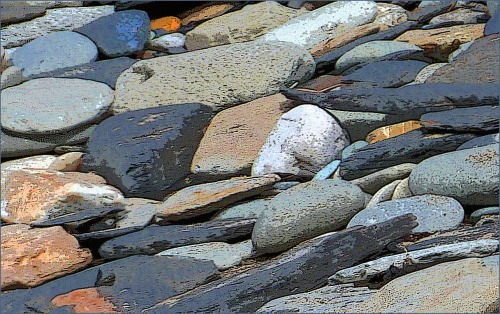 Listen! you hear the grating roar
Of pebbles which the waves draw back, and fling,
At their return, up the high strand,
Begin, and cease, and then again begin,’         Matthew Arnold 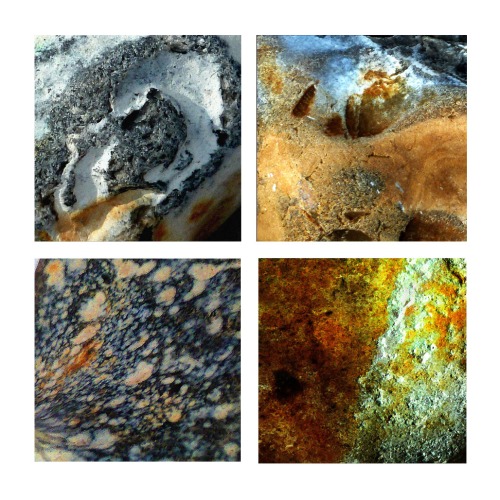 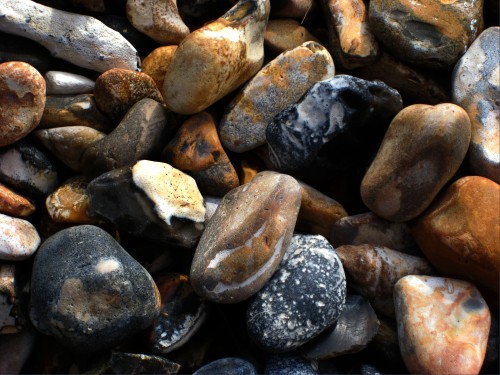 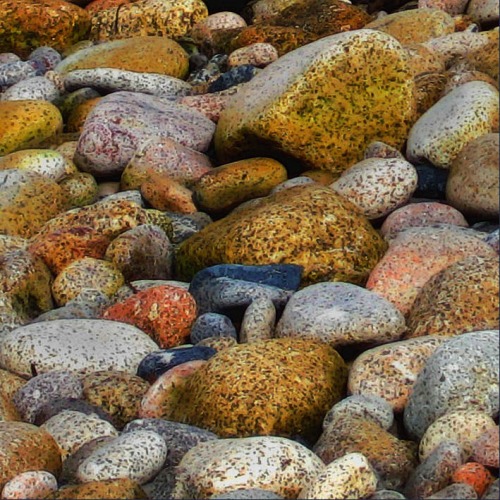 A walk along a pebble beach can provide an abundance of source material for the creation of abstract pictures.  The three photos above were not particularly searched for.  I merely stopped walking and photographed the small area in front of my feet.  But look carefully at each photo  –  click on the image to enlarge.  It immediately becomes clear that no two pebbles are exactly alike; there are considerable variations in size, shape, colour, pattern and texture and by zooming in closely it is interesting to explore the uniqueness of each pebble.  This is the source material I referred to from which abstract images can be created.

For me the producing of abstract patterns and pictures is a particular passion and I have many images derived from the process described above.  I intend to post examples from time to time and hope that the above explanation will serve as a generic introduction.

Pebbles in a swirl

This may not be one for the purists but the colours, pattern and energy appeal to me. 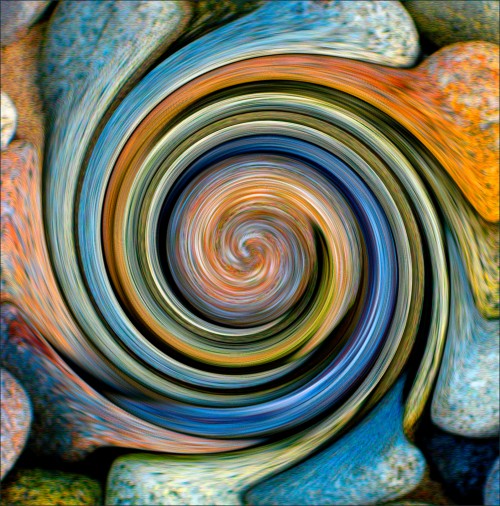 The East Sussex coastline is divided by the estuary of the river Rother, on which stands the town of Rye.  To the east, stretches the sandy expanse of Camber.  To the west, the beaches comprise shingle, punctuated by weathered and disintegrating groynes.  At low tide, areas of sand and mud flats are exposed beyond the shingle.  Winchelsea beach is a particularly attractive example.

This is 1066 country.  It was at Bulverhithe, just twenty or so miles further along the coast, that William the Conqueror landed on 29th September, 1066. 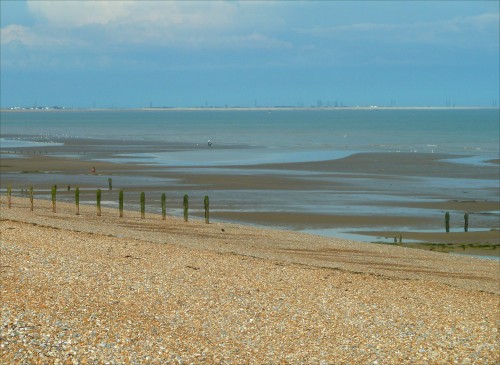 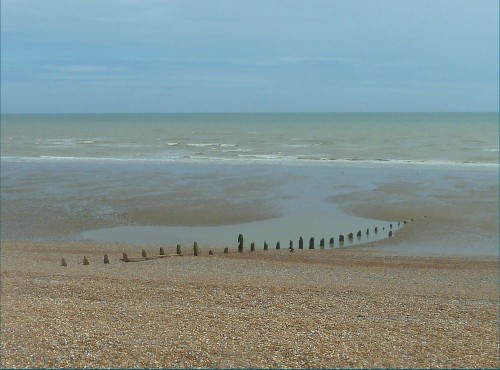 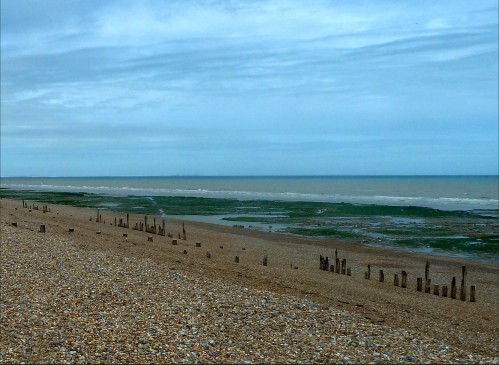 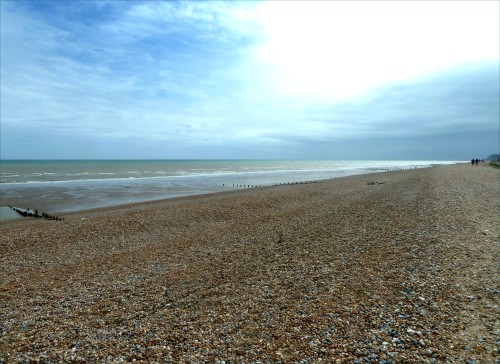 Raindrops on the table (2)

I feel this black and white transformation of yesterday’s picture conveys quite a different feel.  The liquid quality of the original has solidified and the raindrops have become as pebbles in the bed of a stream!  Both pictures have their merits and I’m not sure which I prefer.  But then, I don’t have to choose!

Patterns at my feet

Whilst walking on the seashore last week, looking for anything unusual that might have been left behind by the ebbing tide, I became increasingly attracted to the pebbles themselves.  In fact, it was a shingle beach so the pebbles were very small  –  the largest not more than 3cms across  –  and yet the variety of shapes, colours, textures and patterns was fascinating.  How easy it is to overlook the familiar! 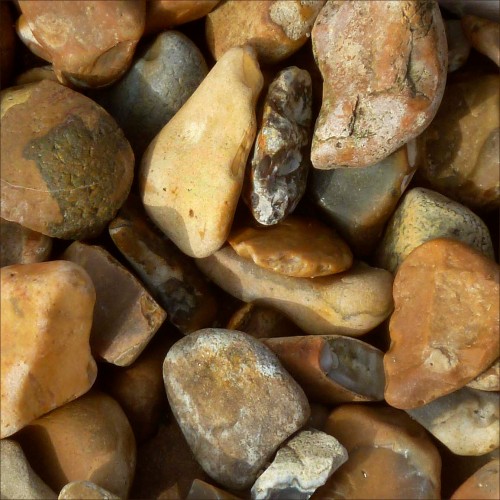 I have a fondness for pebble beaches.  Sun-bathing on a sandy beach is not my scene and I happen to find pebble beaches more interesting and varied.  These pictures were taken on a day when the sea was beautifully calm and quiet  –  just gently lapping the shore.  The first of the group is obviously taken above the tide line and the others through the shallow waters, softening slightly the shapes and colours.  I was particularly attracted by the range of shapes, sizes and the variety of colours deposited naturally in such a small area. 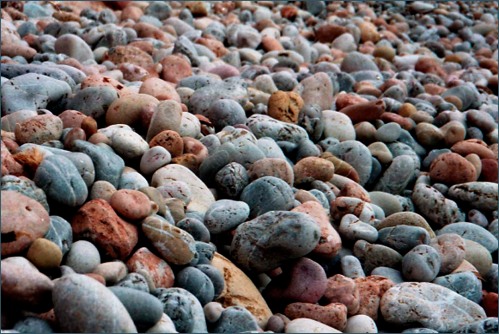 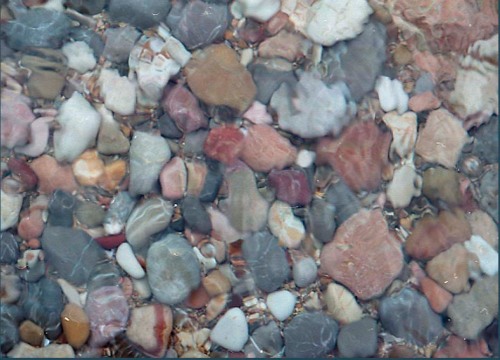 At the Water’s Edge 4

One of the joys of a pebble beach is the sound of the shingle rushing back into the sea as each wave recedes.  The effect is strangely both powerful and soothing  –  almost hypnotic.

At the Water's Edge 4

Tagged as ebb and flow, pebbles, rhythm of the tide, rushing of the shingle, sea, sea pattern, shiny colour of wet pebbles, sunlight on the sea, waves

At the Water’s Edge 3. Turning of the tide 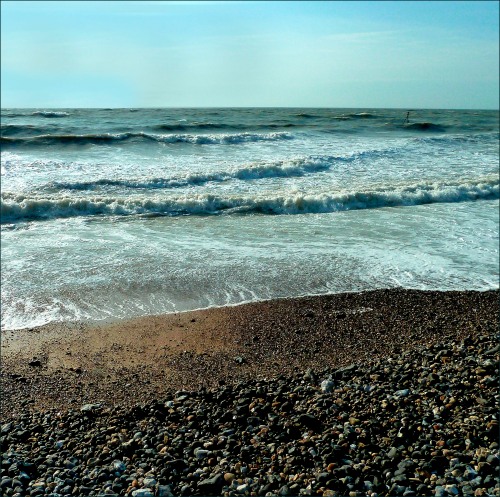 At the Water's Edge 3 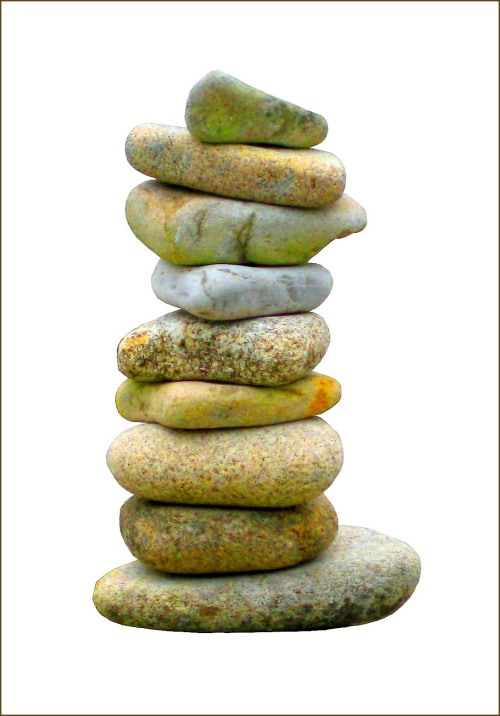