Feather in black and white

Feather in the rain

Feather on the sand

I felt there was a metaphor in this image: but the meaning of the metaphor is different for each of us. 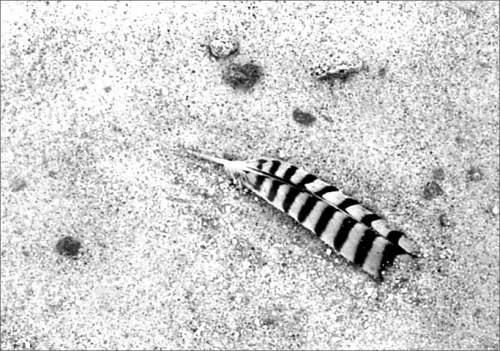 Free as a bird

It is strange how pictures sometimes take over the imagination and reveal layers of interpretation that were not originally planned.  I was initially attracted to this feather because of the pattern and texture produced by the raindrops.  I then decided to emphasize the natural divisions by separating them and discovered that in doing so I had effectively created the impression of bars  –  perhaps the bars of a cage or of a prison cell.  Suddenly the picture took on a whole new life  –  it became heavily laden with symbolism.  The title is deliberately ambiguous to accommodate a wide range of interpretations.