Room with a view

During our recent holiday on Tresco, one of the Isles of Scilly, we were fortunate to have accommodation that looked out across the channel separating Tresco from Bryher.   The crossing of the channel at the times of the Spring tides was shown in an earlier post.  (See    https://lagill6.wordpress.com/2018/10/23/spring-tide-adventurers/)

The first photo shows the view from the lounge  The second and third were taken from the patio and show the views to the left and right.   In the second photo it is just possible to see the top of the steps leading from the patio to the beach/

At the opposite end of the UK from Shetland are the Isles of Scilly.  The Scilly Isles comprise approximately 140 islands and islets, situated almost 30 miles off the south west tip of Cornwall.  Only the five largest islands are inhabited and two of these, Bryher and St Agnes, have populations of less than 80.

Bryher is the smallest of the inhabited islands.  It is little more than one mile long and less than two thirds of a mile at its widest point.  Even so, its landscape is surprisingly varied.  The sheltered sandy beaches of the south east contrast with the heathland and rugged cliffs of Shipman’s Head in the north west.

Because of their Atlantic location the islands can be subjected to severe winter storms.  Hell Bay, on Bryher  –  photographed below  –  is noted for the dramatic high seas that pound its coves.

Realise, these pictures were taken on a reasonably mild summer’s day!! 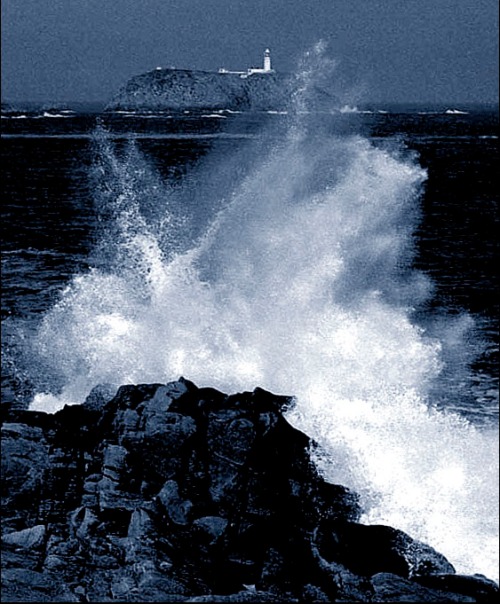 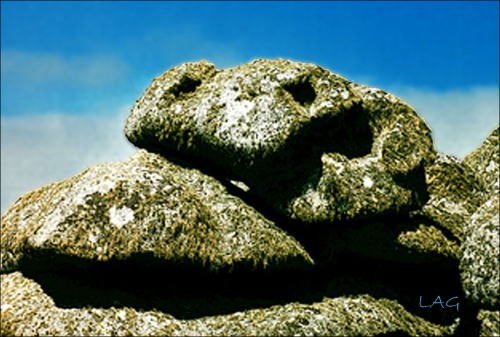