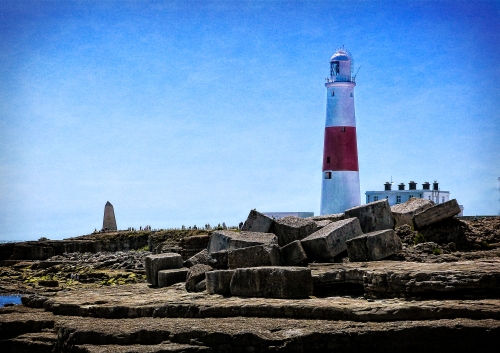 Visitors are often surprised to discover that the landscape of Portland Bill is dominated by not one but three lighthouses within an area of less than one square mile.  Sandbanks and strong currents (races) have  always made this stretch of coast dangerous, particularly so in the past for vessels dependent on sails and lacking modern navigation aids.  Early records refer to beacons being lit to warn approaching ships of the hazards.

Eventually, in 1716, two lighthouses  were built  –  one at shore level and one on a hill a short distance away  But in 1752 the lease on the lighthouses was terminated when inspectors judged that the lights were being inadequately maintained.  In 1844 Trinity House erected a white stone obelisk as a daymark and in 1869 had both lighthouses rebuilt

In 1906 the new red and white lighthouse (pictured above) was built and the original two fell into disuse.  The Old Lower Lighthouse was eventually converted into a bird observatory and field centre, and the Old Higher Lighthouse became the home of Marie Stopes, the pioneer of birth control.  It has now been developed as a holiday let.  All three lighthouses are Grade II listed buildings. 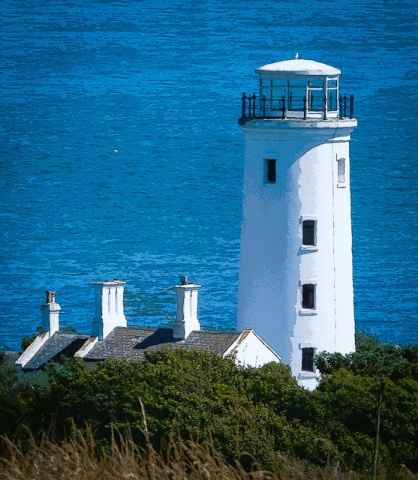 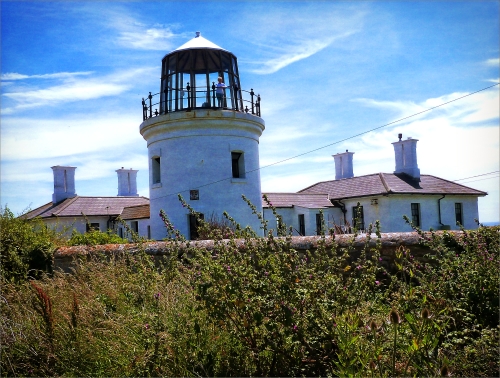 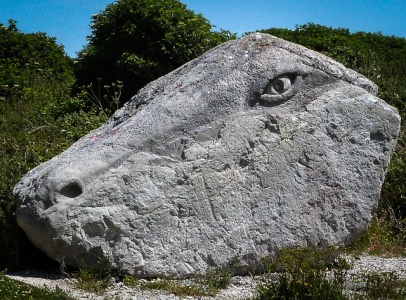 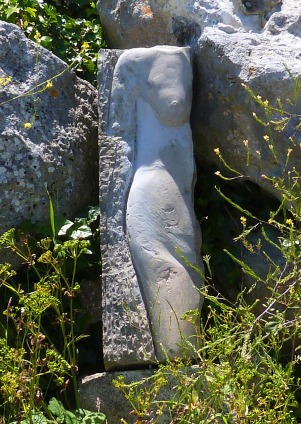 Tout Quarry produced stone commercially from around 1750 until the 1930’s.  The disused quarry was ‘reincarnated’ in 1983 as a sculpture park using mainly local materials.  It established a regular programme of artist residencies (the first was Anthony Gormley) together with stone carving and sculpture courses.

The site covers 40 acres  and more than 70 exhibits (some complete, others work in progress) are integrated into the natural environment. 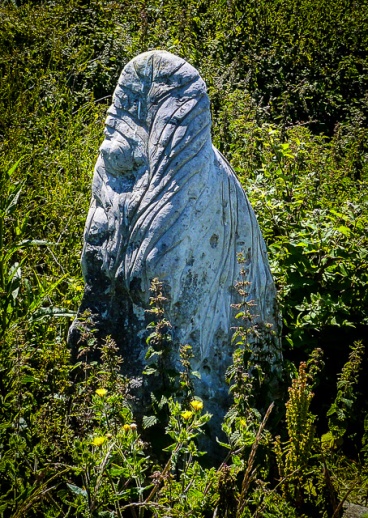 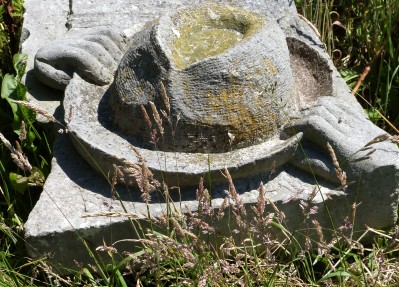 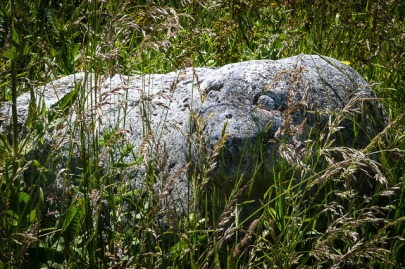 Portland is a small island  –  approximately 4 miles x 1.7 miles  –  off the south coast of Dorset, England, and is joined to the mainland by a barrier causeway.  Throughout the centuries Portland has been famous for producing high quality Jurassic limestone used in the construction  of major public buildings including, for example,  St Paul’s Cathedral, Buckingham Palace and the United Nations headquarters in New York.

The quarrying industry began in the early seventeenth century and cranes, such as the one below, were used to load boats for shipping the stone from quays around the coast to destinations at home and abroad.  A rail link with the mainland was eventually built in 1865.  As the cranes became ‘redundant’ in the early twentieth century they were (and still are) used by fishermen to lower their boats  from the cliff tops.

Tagged as patterns on water, sea world, sunlight on the sea

Around the garden yesterday (6) 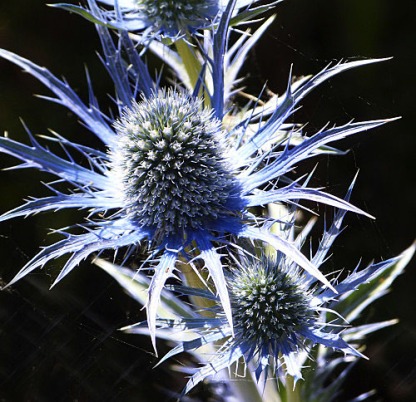 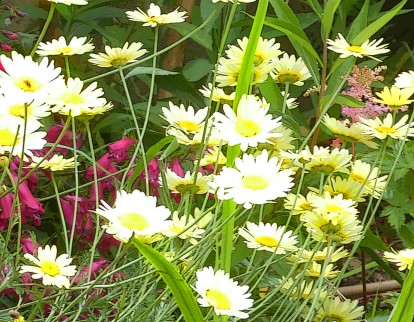 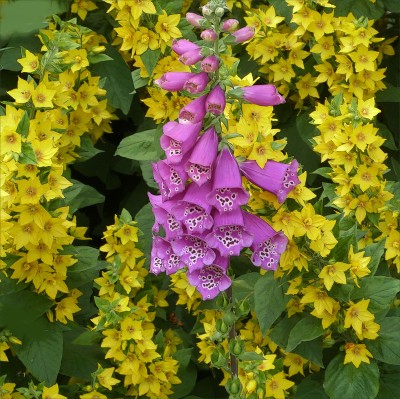 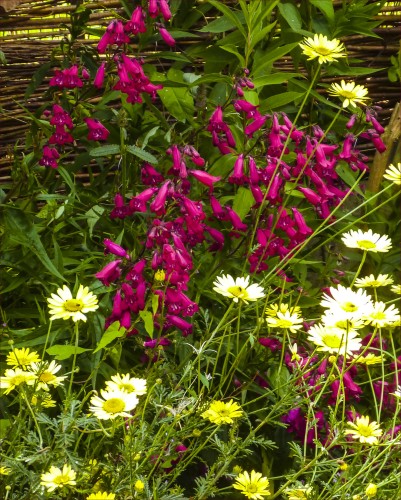 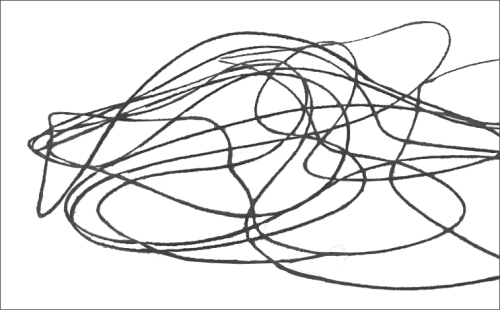 ‘Is there anybody there?’ said the Traveller,
Knocking on the moonlit door

Abstract 277 ‘Black and white plus three’ 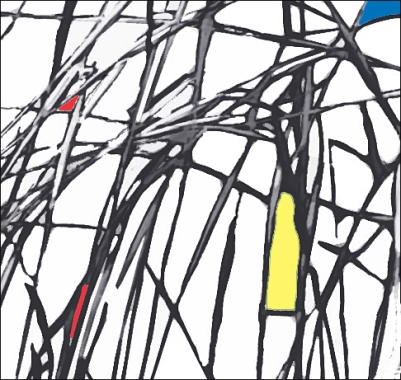 Each year I look forward to the first white poppy  –  a Perry’s White.  –  in early June.  The flowering period is short  –  especially if  there  is rain  or strong winds  –   but there is so much to enjoy about this delicate and elegant flower, both in totality and through closer observation. 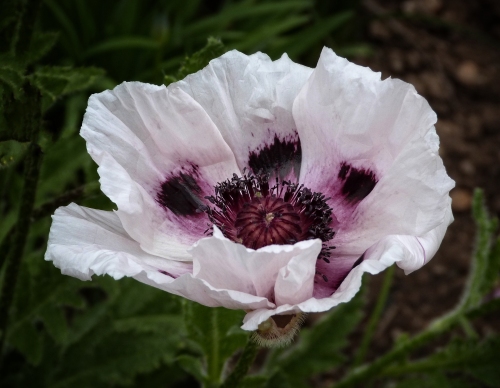 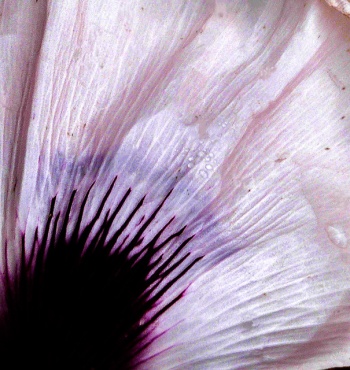 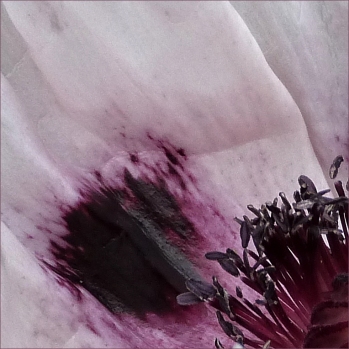 Around the garden yesterday (5) 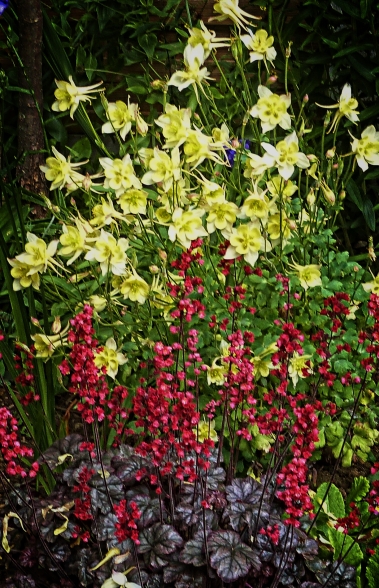 Tagged as colours and shapes, garden in late June