From a walk around the garden in June 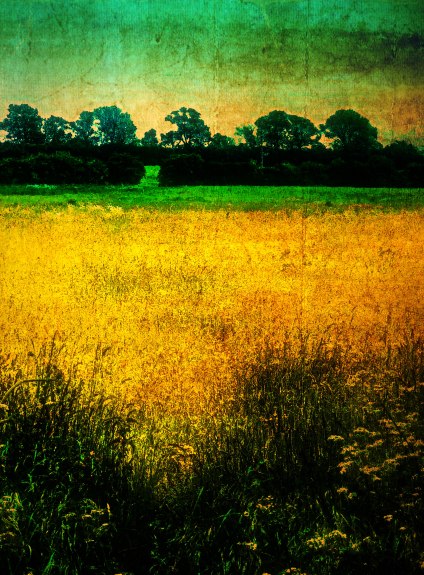 This is the final selection in the African mask series  –  at least for the time being! 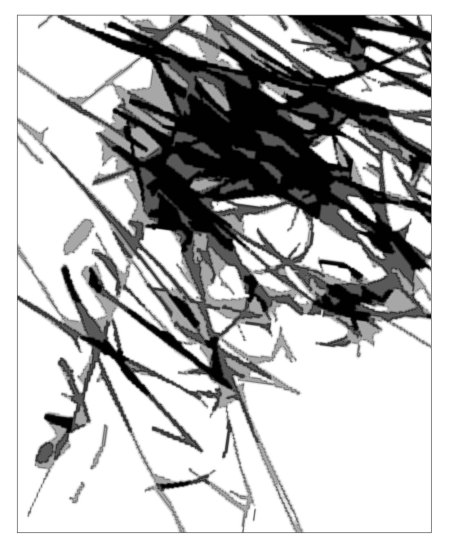 Although this abstract is in monochrome, its lines and tonal contrasts create an energy and movement that I find pleasing and full of vitality.

In the footsteps of Piet Mondrian – at a considerable distance! 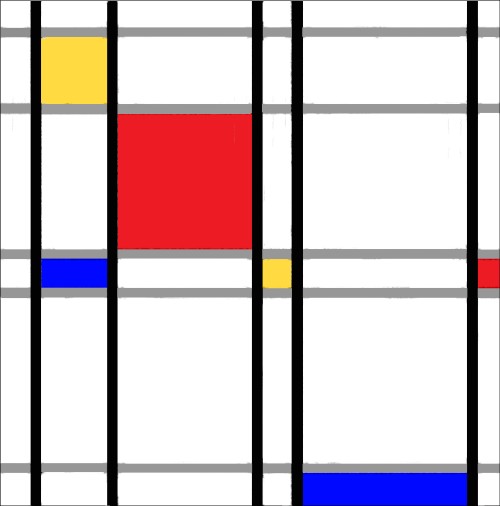 Piet Mondrian (1872-1944) probably produced the most easily recognised style of all painters.  His trademark grids of horizontal and vertical black lines on a white background with squares or rectangles of primary colours immediately identify the artist.  And yet Mondrian, in his early career, was a traditional Dutch landscape painter.  Gradually his work became increasingly abstract, particularly after he became familiar with the Cubist paintings of Picasso and Braques.  Any hint of figurative representation disappeared and the geometric abstract  style evolved. Balance, rhythm and harmony became dominant features.   Mondrian’s mature works are generally accepted as the first examples of purely abstract paintings.

I enjoyed creating my own ‘in the style of Mondrian’ image using Photoshop.

‘It is Duchamp who is to blame for the whole “is it art?” debate.  As far as he was concerned the role in society of an artist was akin to that of a philosopher; it didn’t even matter if he or she could paint or draw.  An artist’s job was not to give aesthetic pleasure  –  designers could do that; it was to step back from the world and attempt to make sense or comment on it through the presentation of ideas that had no functional purpose other than themselves.’                           Will Gompertz

Filed under Just think about it!, Opinions, Quotations, Thoughts

Tagged as art, Duchamp, thoughts on art and photographt, Will Gompertz 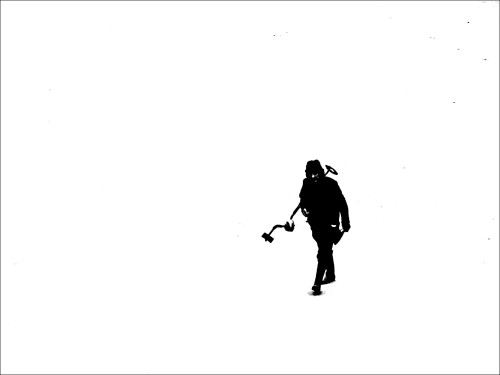 It was a particularly windy day.  The beach was deserted except for the solitary figure of  a beachcomber striding purposefully towards  shelter.  Everything about his gait and posture suggested that this had not been a productive visit. 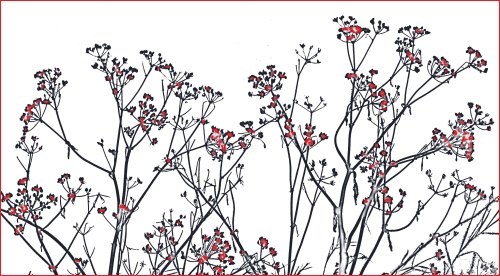 It was a cold windy morning (the second day of ‘summer’!)  The model is clearly not dressed for the conditions  –  her golden crown offers little protection!  –  but this is a professional shoot and there is a deadline to be met.  After much cajoling she ventures into the very edge of the sea, but I think her posture betrays her feelings.

Two more examples from the collection.

Groyne in the evening sun

A touch of watercolour filter has been used.

Pigeons in the Square 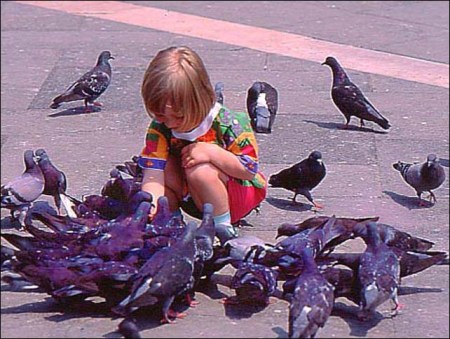 Life in the fast lane

It is more than twenty years since this photograph was taken of an old chair, abandoned in the corner of an otherwise empty attic.  The original was in black and white.

I have returned to the photo on numerous occasions during the intervening years and it has had several re-incarnations  –  frequently ‘influenced’ (as in this instance) by Van Gogh’s famous painting.