Cromer Pier is typical of the piers once found at seaside resorts around the UK.  The Pier is 500 feet long and was opened in 1901.  At various times since then it has been seriously damaged by storms, gales and, in 1993, by a 100 ton rig!

Most piers were built in Victorian or Edwardian times and the cost of maintaining them is a constant problem.  In 2012 it was announced that £8 million of work was set to begin on revamping Cromer Pier and the town’s Victorian sea defences.  At the beginning of the twentieth century there were 100 piers: the latest count totalled 55. 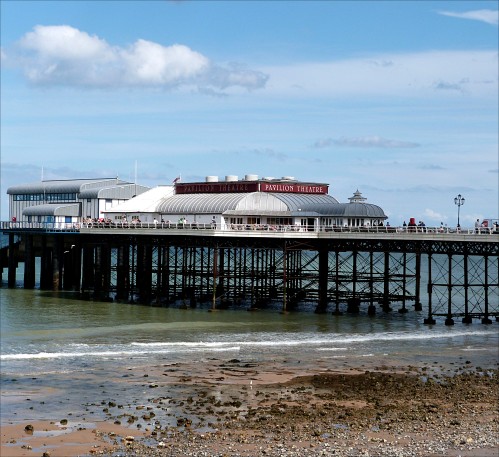 From the same camera point I turned perhaps 30°-40° to my left and focused on the horizon.  I was just able to see the Sheringham Shoal Offshore Wind Farm some 17-20 kilometres from the shore (hence the poor quality of the photo).  The Wind Farm is huge and covers approximately 14 square miles.  It has 88 turbines, each with a tower 130 metres high from the surface of the sea and 3 blades each measuring 52 metres in length.  It is estimated that enough power is being produced for 220,000 average homes. 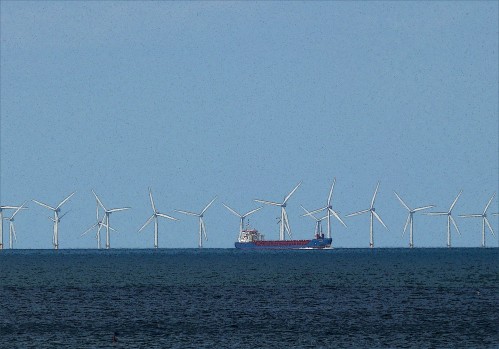 It was an interesting experience to glance right to a structure and tradition dating back more than 100 years and to look forward and glimpse the future.

6 responses to “Yesterday, today and tomorrow”

This site uses Akismet to reduce spam. Learn how your comment data is processed.