End of the day

This photo was taken from my kitchen window just two weeks ago.  It was actually just 4.30pm but the rapidly setting sun briefly created this incredible sky, silhouetting the tree on the distant horizon.

Just think about it!

‘A work of art must not be something that leaves the viewer unmoved …..  something passed by with a casual glance.  It has to be moving, make the viewer react, feel strongly, start creating too ….. if only in the imagination.’   Gustav Klimt

Filed under Just think about it!, Opinions, Quotations, Thoughts, Uncategorized

Tagged as art and the viewer, Klimt, purpose of art, reaction to art 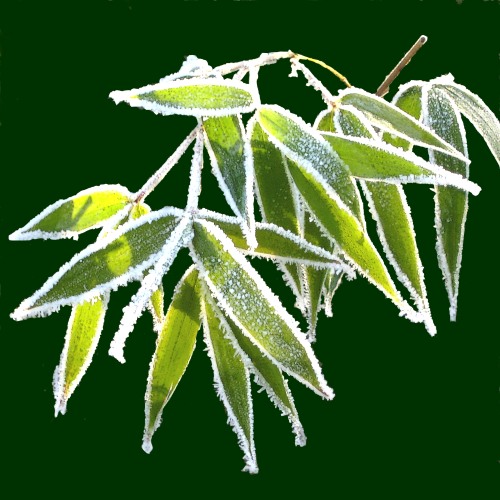 Here, in the heart of the UK, it has been a mild winter to date with only the odd flurry of snowflakes and very little frost. The frost pictures shown today and in the next few days were taken in 2010/2011. 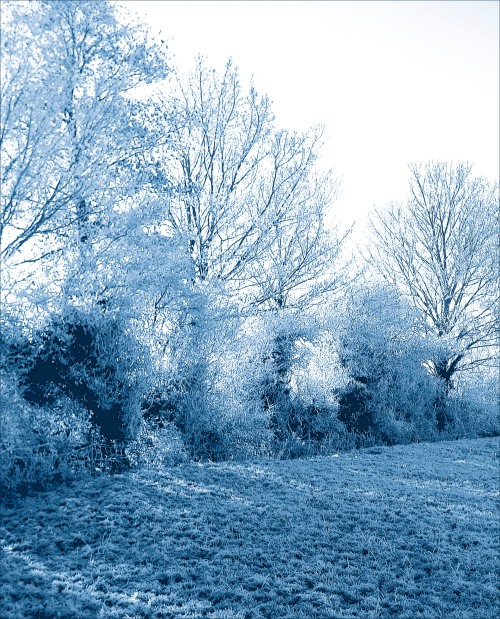 At the Water’s Edge 4

One of the joys of a pebble beach is the sound of the shingle rushing back into the sea as each wave recedes.  The effect is strangely both powerful and soothing  –  almost hypnotic.

At the Water's Edge 4

Tagged as ebb and flow, pebbles, rhythm of the tide, rushing of the shingle, sea, sea pattern, shiny colour of wet pebbles, sunlight on the sea, waves

It’s a strange fact but true that when we have a camera in our hands we see the world differently.  We look for ‘subjects’ to photograph.  Looking becomes seeing.  We identify things that are in some way memorable or which, for whatever reason, we wish to preserve a record of.  In so doing we select a mere fragment of the panoramic scene before us, detach it from its context, and make it available for the attention of others as well as ourselves.  People and scenes that would previously have faded from the memory with the passage of time are given permanent status in a digital file or as a print.

Of course, removing the scene (or image, as it becomes) from its original context changes its impact.  It also makes the picture vulnerable to a range of interpretations and susceptible to modern techniques of photo editing.  For photojournalists, newsroom editors and commercial advertisers such ‘creative’ possibilities are basic tools of the trade.

Some years ago there was a media studies pack used in schools which comprised a dozen or so photos of an industrial strike.  Students were asked to select two or three pictures to support articles either (a) sympathetic to the strikers or (b) against the action.  Interestingly a photo would frequently appear in both the ‘for’ and ‘against’ selections, its message being transformed by the context in which it was placed.  It may be true that ‘the camera doesn’t lie’ but the person in control of the image has the ultimate power.

In recent times we have witnessed the growth of the paparazzi and have been sickened by the consequences of their intrusive practices.  We have seen the development of digital imagery through compact cameras and mobile phones and are no longer surprised by the speed with which the pictures are transmitted to our TV screens.  Recent uprisings in the Middle East and riots in the UK have been available for viewing even as they were happening.  Shady or improper behaviour has been exposed by the long lens or hidden camera.

Then, too, we experience the impact made on our lives through film, television and glossy magazines.  We are transported to other lands and, indeed, to other worlds.  We are introduced to a life of affluence and glamour beyond our immediate reality with a veiled promise that this could be ours.  In the world of TV advertising, psychological strategies and seductive music are added to the visual image to create a potent persuasive cocktail.

We are constantly bombarded by images, many of which are not of our own choosing.  We persuade ourselves that we are not influenced by advertisements, but is that really so?  When we next make a purchase of a fabric cleaner or toothpaste, a car or an exotic holiday, do we, perhaps, recall something we have seen on TV?  Are we honestly equipped to filter fact from bias or opinion when we watch the news?

My concern is that we are too easily seduced by the pictorial image.  We tend not to question an image in the way we would challenge a verbal explanation.  We know that the person behind the lens or the person who directs the shot has a purpose, but we still incline towards the opinion that what we see is true.

In an age when the ‘picture’ has greater impact on the lives of most people than any other form of communication, I would wish that more prominence be given to visual literacy in our schools.  This is a thorny problem because visual literacy does not sit conveniently within a single subject area and, as a consequence, can very easily slip between the cracks.  Sadly, it seems that in most schools the problem is not even recognised let alone resolved.

The mood of this abstract is in complete contrast with the previous posting, Abstract 117, and, indeed, with most of my other images.

The inspiration for this abstract came from the surface pattern and texture of a pebble.

At the Water’s Edge 3. Turning of the tide

At the Water's Edge 3

Abstract 103 ‘A flash of inspiration’

Going to the opera

Going to see an opera for the first time is likely to be a memorable occasion, for one reason or another!  If the outcome is to be a positive experience a degree of forethought, planning and preparation is necessary.

Choosing the right opera is an important first step.  Operas have been written since around 1600.  The range of styles is vast and not all are easily accessible to the beginner.  A possible list of operas suitable for the inexperienced might include (in no particular order):  La traviata  (Verdi);   Rigoletto  (Verdi);  Carmen  (Bizet);  Cavalleria rusticana  (Mascagni);   La bohème  (Puccini);   Tosca  (Puccini);   The Marriage of Figaro  (Mozart);   Don Giovanni  (Mozart);         The Bartered Bride  (Smetana);   Peter Grimes  (Britten).

For the beginner, the operas of Verdi are far more approachable than those of Wagner, whose operas (or ‘music dramas’ as he preferred to call them) are often vast in scale and in some cases take more than four hours.  Puccini’s operas are characterised by a more ’modern’, realistic feel

Choose the best production available  –  quality counts.  There can be no substitute for a high quality professional production.  It is a little like comparing a local football match with a game in the Premier League.  The rules are the same for both, but the difference in artistry and skill levels combined with the ambience of the stadium lift the Premier League experience to a wholly different plane.  (Incidentally, it can be cheaper to visit the Royal Opera House or to see the English National Opera company at the Coliseum than to watch Manchester United, Arsenal or Liverpool).

Even so, an introduction via a live local performance is preferable to one relying on a DVD or CD.  There is a chemistry, a magic, in a live performance that is impossible to recapture, even in this technological age.

It will be helpful to read a synopsis of the opera before you attend the performance, and try to notice the voice type associated with each of the main characters.  Such preparation will increase your enjoyment and understanding considerably.  Synopses and other support and background materials are plentiful on the internet and there are numerous collections of ‘stories from the operas’ in print.

So what can you expect when you take your seat in the theatre?  Forget about the ‘fat lady singing’ – she disappeared decades ago!  Try to think what are the features of an opera that make it different, that make it unique.

For example, remember that opera is not simply a play in which the words are sung.  In opera music is used to express the inner person, especially a character’s thoughts and emotional response to a situation.  (Think of the ‘thought bubble’ example suggested in What is opera?)

Because a musical expression of emotion requires more time than the spoken word, the pace of the story is slower than in a play, but the action is more dramatic; gestures tend to be more expansive and sustained.

Try not to be distracted by the fact that you can’t hear all of the words.  Appreciate that however clear the diction of the singers may be, it is physically impossible to distinguish every word even in your own language (especially in ensembles).  But realise that the words are merely catalysts for the musical expression  –  pegs from which the thoughts and feelings hang.  This is why it is useful to read the synopsis before the performance.

Incidentally, there are often far more characters on stage than in a play because of the participation of the chorus.

Before the performance on stage begins there will be an orchestral overture.  The overture serves two functions: to indicate the mood of what is to follow and, usually, to introduce one or two of the main musical themes that will be significant later.  (It is not intended as a time for chit chat and the rattling of sweet papers!)  Shorter musical interludes/intermezzi are used to introduce subsequent acts.

A recitative is almost literally a reciting of the libretto.  Its purpose is to make a situation clear to the audience and to move the action forward.  Most recitatives are fairly short and not very tuneful.  The emphasis is on clarity and the orchestral accompaniment is sparse  –  often just intermittent chords serving as musical punctuation marks.

Like the recitative, an aria is for a solo voice but, in contrast, is characterised by long, flowing, expressive melodic phrases  –  a powerful overflow of feeling.  Most of the popularly known tunes from opera (like  ‘Nessun Dorma’ for instance) are arias.

An ensemble describes two or more solo singers performing at the same time, but retaining their musical individuality.

The chorus, of course, represents ‘the crowd’.  But notice that the singers seldom adopt the formal arrangement associated with a choir.  Their positions on stage will be determined by dramatic as well as musical needs.

Keep in mind that an opera is a spectacle; it is meant to be seen.  In the production you attend consider the contributions of the director and the designer.  For example, has the director chosen to change the time and place from that originally intended?

Is the set design realistic or symbolic?  What are the prevailing colours?  Do the colours match the mood of the production?

Do the costumes add to our understanding of the characters wearing them?

How is lighting used to create atmosphere and mood?

But above all savour the experience and, if possible, chat with a more experienced member of the audience about what you have both seen.

See also  What is opera?  Who does what in opera?