Patterns in the rain

Patterns in the rain

A school trip to Arnhem

Most of us can identify incidents, happenings or, perhaps, decisions we made that in some way had a lasting influence on our lives.  For me a school trip to Holland at the age of 15 was such an occasion.

It was my first trip abroad.  The Dutch were warm and welcoming people who spoke with what I can only describe as a slight but attractive gurgle in their voice.  Most were sufficiently fluent in English to make communication comparatively easy.  We felt ‘at home’.

Our stay had been very carefully organised as an educational visit  –  the two masters in charge were both geography specialists.  We were taken to the polders to see how the Dutch had reclaimed marshland and were introduced to traditional culture and costume in places such as Edam, Volendam and Marken.

Amsterdam was a very different experience.  Here was a capital city with a transport system based on trams, bicycles and a network of canals.  Bicycles  –  they were everywhere!  Bicycles reigned supreme.  Not sporty types, but sturdy, upright machines that seemed to underline their status.

But the occasion that had a lasting impact on me occurred not in Amsterdam nor any of the other interesting places I have mentioned, but at the Arnhem War Cemetery.

Our party was from a boys’ grammar school and we knew that one of our old boys was buried at the Cemetery.  It seemed right and proper that we should pay our respects.  The necessary arrangements were made, but nothing could have prepared us for what we found.

On entering the Cemetery we were confronted with row upon row of uniform, white headstones stretching far into the distance  –  1759 in total, 1392 from the United Kingdom.  It is known as the Airborne Cemetery.  The Airborne forces went into battle by parachute or glider.  In either case they were highly vulnerable to gunfire.

We were directed to the grave we were looking for  –  the name was Shuttleworth, but I don’t remember the details  –  and then retraced our steps silently, obviously reading other headstones as we passed along.  What was especially tragic was the high proportion who were aged between 20 and 24 when they died, and a few were in their late teens.  These were young men, not much older than us, with their lives before them.  What a shocking, shocking waste of life.

The coach journey back to the hostel was very quiet. 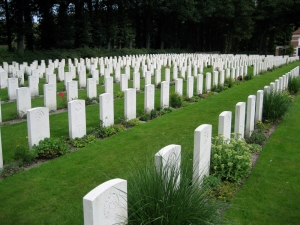 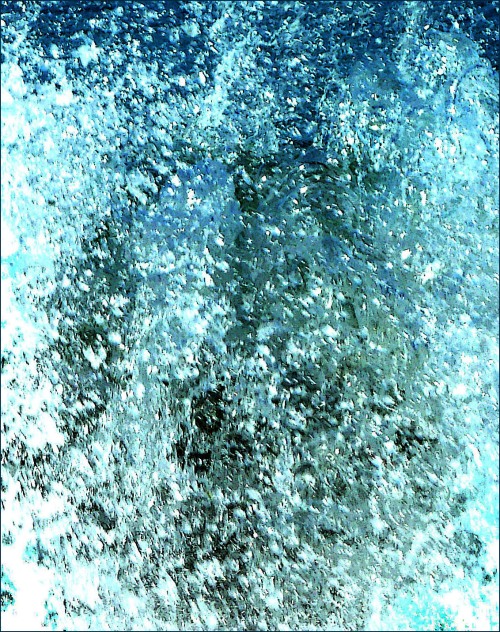 Tate St Ives and the Barbara Hepworth Museum and Garden

A visit to St Ives must include the Tate Gallery and the Barbara Hepworth Museum and Garden.

The Tate is a three storey building erected on the site of a disused gas works and overlooks Porthmeor Beach.  It was opened in 1993 and celebrates the modernist legacy of the town’s international artist colony.  Modern in design, its sweeping curves and clean cut lines are pleasing to the eye.

Both the exterior and interior walls are white  –  exploiting the unique quality of light for which St Ives is noted.  The five exhibition rooms of the gallery are of only moderate size but the temptation to overcrowd them has been resisted.  Each work is given ‘breathing space’.  Viewing is a quiet and enjoyable experience.

On our recent visit it was impossible not to recall the Gauguin Exhibition at the Tate Modern in London in November.  There we were herded like penguins on a rapidly diminishing ice floe, scarcely able to see or think and able to move only at the whim of the mass.

Tate St Ives runs a programme of temporary exhibitions  –  usually three each year.  Of the works currently on display I particularly enjoyed the sculptures of Naum Gabo, a Russian exile who moved to Carbis Bay, next to St Ives, in 1940.  There he became friends with Ben Nicholson, the painter, and Barbara Hepworth, the sculptor who was also Nicholson’s wife.  Much of the exhibition here comprises working models and prototypes that provide a fascinating insight into Gabo’s working process.

I also enjoyed the collages and assemblages of Margaret Mellis, several of which were constructed from driftwood.

The Slovakian, Roman Ondák, is an installation and performance artist.  His work here, Measuring the Universe 2007, grows during the course of the exhibition.  Each visitor to the gallery is asked to stand against the wall, their height is then measured and a mark is made in pen, together with the person’s name and the date.  The marks build up to form a dense black band running round the gallery walls, softening at top and bottom through the marks made by visitors of greater or less than average height.

The next exhibition will include paintings by Lichtenstein and Warhol.

The view from the café on the top floor effectively creates an additional gallery.  The windows frame the views below of tiny
Loweryesque figures set in a seaside context.

View from the restaurant

Next to the Tate is the Barbara Hepworth Museum and Garden.  The museum is housed in the Trewyn Studio where Hepworth lived and worked from 1949 until he tragic death in a fire in 1975.  It contains a range of small sculptures unsuitable for outdoor display, and an interesting and valuable collection of archive materials.

The garden was designed by Hepworth with the assistance of her composer friend Priaulx Rainier, an enthusiastic gardener.
Plants, shrubs and trees were chosen for their textural and sculptural qualities.  A gravel path links the exhibits and at the same time affords glimpses of other sculptures through the foliage.

The acquisition of Trewyn Studio was important to Hepworth.  It enabled her to work outdoors and led to the creation of works on a more monumental scale.  Several of the bronzes here benefit from the space available.

Adjacent to the studio are a workshop and summer house which remain largely as Hepworth left them.  Outside are uncarved blocks of stone.

It is not a large garden but the sculptor’s presence is inescapable.  There is a vibrancy that links us through the works: they are tangible and large, not pictures on a page.  There is a feeling of naturalness about the workshop  –  as if the sculptor has just popped out for a cup of tea.  The garden is an oasis of quietude and is respected as such by the many visitors.

Barbara Hepworth was one of the few women artists to achieve international prominence.  Here, in this garden, we can understand why.

Note.  There is a good deal of information on the internet about both the Tate and the Museum.  Two particularly interesting sites for Hepworth are a BBC Monitor programme made with the sculptor in 1961 at www.bbc.co.uk/archive/sculptors/12804.shtml and a tour of the garden on an educational video www.kids.tate.org.uk/games/barbaras_garden.